Vault 101 terminals can be found in various places in Vault 101.

Note: This terminal is located on the desk in the Security Room. It is locked ... .

Note: This entry is accessible during Escape!

Note: This entry is accessible during Trouble on the Homefront.

Note: This entry is accessible during Trouble on the Homefront. Reading this entry adds Raid plans to the Lone Wanderer's PIP-Boy 3000.

In light of increased agitation from the rebel elements, I have come to the conclusion that we can no longer afford to be merciful to this scum. While some may hold out hope for a peaceful resolution, it's only a matter of time before they decide to take the fight to us. Or, worse yet, our families.

I propose a midnight raid into their compound - live ammo, zero tolerance. Make an example of the first two who fight back, and the rest will fall in line. We may lose a kid or two, but we'll save the Vault as a whole, and that's what counts.

You are not to inform the Overseer and some of our softer security guards about this plan, as they will only object and ensure our defeat. Once the deal's done, they'll see it was worth the price.

This'll show those scum what happens when you step out of line in our Vault.

If Butch and his leather-clad delinquents accost Amata one more time, they'll have more to deal with than their acerbic teacher.

Their "services" have come in handy upon occasion, I must admit, but they're starting to become... unruly. If dogs become feral, they must be put down. I'll have to remind Butch of that upon our next meeting.

Just what Vault 101 needs -- an absent-minded, sexually repressed sycophant. Beatrice has served Vault 101 admirably for years, but her mind is growing feeble. I'll have to speak with our good doctor about some kind of long-term pharmaceutical solution.

We may at least be able to keep her comfortable -- and quiet -- until she passes on.

I never should have assigned Jonas as James' assistant. He was always too idealistic for his own good. Now he spends every waking minute with the good doctor, who gleefully fills his ears with even more idealistic nonsense.

I've considered re-assigning him, but the truth is Jonas is a fine medic in his own right, and hiding him down in maintenance would be a terrible waste of resources.

Every time I try to get Amata to open up, she just pushes me further and further away. Since she was a child, I've tried to instill in her those virtues that have made this Vault what it is today: loyalty, honesty, commitment, hard work.

She does try, and with a lot of guidance has grown into a fine young woman. That makes it all the sadder that she continues to alienate me. She looks at me and sees the Overseer, not the father that has cared for her alone -- alone! -- since she was an infant.

As our tests suggested, the immediate vicinity of the vault is no longer dangerously irradiated, although the background radiation is still well above safe levels. Pockets of more intense radiation appear to still be common, and all surface water seems to be undrinkable. We will need to carry ample supplies of Rad-X with us on all future surveys. But hazard suits do not seem to be necessary for general exploration.

Our old maps are largely useless. The town of Springvale is an abandoned ruin, and all pre-War roads have disappeared or are no longer passable.

We encountered a group of monstrous ants which appeared to confirm Mackay's theories of mutation due to extended exposure to radiation. We drove off the ants with gunfire and collected several specimens for study upon return to the vault (see Exhibit A).

The good news is that human civilization still survives, despite everything! We discovered a settlement known as "Megaton" (see Exhibit B), whose inhabitants, although somewhat wary at first, soon welcomed us into their town.

We spent a good deal of time in Megaton, and learned a great deal about the "Capital Wasteland" (as the area around Washington D.C. is now called) from them. Megaton is a fortified outpost of "civilization" (of sorts), but it seems that Giant Ants are the least of the dangers of this new world. We agreed that it was prudent to return to the Vault immediately to revise our survey plans in light of what we have learned. Lewis and Agnes remained in Megaton to serve as "ambassadors" and continue to collect information until we return. 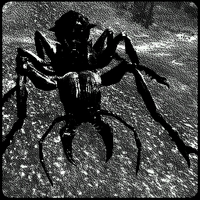 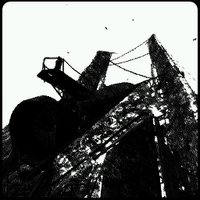 A Letter to the Overseer from Dr. Stanislaus Braun:

If you are reading this, emergency Vault internment procedures have been initiated and you and your control group have been sealed into your Vault. Congratulations! You are now a vital part of the most ambitious program ever undertaken by Vault-Tec.

If you have not yet read your sealed orders, do so now. They will outline the experimental protocols assigned to your control group. Please remember that deviation from these protocols in any way will jeopardize the success of the program, and may be considered grounds for termination by Vault-Tec Corporation (as outlined in your Employment Agreement).

Your Vault may or may not have been selected to receive a G.E.C.K. module. Please see Attachment A for details.

Vault 101 will not receive a G.E.C.K. module, and should operate under the guidelines laid forth in the Overseer's sealed orders.

The G.E.C.K. is, quite simply, the most advanced piece of technology ever developed by Vault-Tec -- a terraforming module capability of creating life from complete lifelessness.

After riding out the storm of nuclear Armageddon in a Vault-Tec patented vault, residents can then activate the G.E.C.K., and create a new Earthen paradise -- craters and dust will give way to rolling grasslands and sparkling clear water. Of course, due to time and monetary constraints, not every vault will be equipped with a G.E.C.K. module.

Note: This entry is only accessible during Trouble on the Homefront. Reading this entry adds Contact Report: "Enclave" to the Lone Wanderer's PIP-Boy 3000.

The Vault recently received unexpected radio contact over the governmental Vault-Tec frequency, from an organization calling itself "The Enclave."

Governmental codes are valid according to the Vault's ancient records, and The Enclave put forth an offer of amnesty and unity with the official remnants of the American government, in exchange for access to the Vault and its data stores. They claim that our Vault passwords no longer match their records, preventing them from extending their offer in person.

After brief negotiation, I have refused entrance to this "Enclave." I cannot trust my Vault and its inhabitants to an unknown factor, much less one that would so gallantly suggest abandoning our vault's great mission.

All the more reason to prevent the rebels from opening the Vault to the likes of them.

Note: These entries are accessible during Trouble on the Homefront.

An alliance of rebels has formed in my Vault, dedicated to the wholly destructive goal of re-opening the Vault to the outside world. Amata and Edwin Brotch are the leaders of the band, with those ridiculous Tunnel Snakes making up its muscle, along with a handful of other youths and naive idealists.

Attempts to isolate and demoralize the group are proceeding apace: Edwin Brotch has been jailed for his attempt to lead a direct attempt to open the Vault's door, and their members have holed up in the old clinic and schoolroom. Their dwindling food and proximity to the dangerous "Dr. Andy" are sure to drain the morale from their rebellion, until they give up and are welcomed back into our happy family again.

It pains me dearly to know that Amata is behind the rebellious element in my Vault. If she weren't their leader, it would be a simple matter to break their spirits and bring them back in line with the Vault's time-proven isolation plan.

But with her as a central figure in their rebellion, I must refrain from the more persuasive tactics at security's disposal. I will not repeat the mistakes of that night again. The Vault cannot afford it, and I cannot bear to drive my daughter further away from me.

Despite everything, I take great pride in her natural talent for leadership. When she inevitably comes around, I feel she will make a worthy successor to the position of Overseer.

Note: This terminal is located on the desk in the vault's clinic office. It is inaccessible during Escape!

Freddie's VDS is getting worse. Most days, he can't even get out of bed. When he does manage to function, Freddie hides his insecurities and low self esteem behind a bully's mask.

Vault-Tec medical protocols dictate the prescription of anti-anxiety medication when Vault Depressive Syndrome is involved, but do I really want to string the kid out on Chlorpromazine for the rest of his life?

Stanley continues to suffer from severe and chronic head pain. I've been feeding him aspirin like it's candy, but I'm reticent to give him anything stronger. He blames the lighting in his quarters, and though eyestrain is certainly compounding the problem, the headaches are actually a symptom of overwork and lack of sleep.

Knowing Stanley -- and the schedule the Overseer has him on -- the problem isn't likely to get better anytime soon. So it's aspirin, indefinitely.

Once again, the Overseer has insisted on being in the room for Amata's examination, throwing any inkling of doctor-patient confidentiality right out the window. I know he doesn't trust me; he never has. But I honestly believe the reason he attends his daughter's medical appointments is because he doesn't trust her. That's as ridiculous as it is sad. Amata's a great girl, and the chance of her doing something stupid - pregnancy, syphilis, whatever - is so unlikely it's not even worth mentioning.

The cells are still replicating normally. No mutation. Thank God. If whatever's out there could penetrate this Vault, I can't even begin to imagine what the Overseer would do.

After "borrowing" a few more water chips and rerouting some of the power here in the clinic, I've finally been able to affect the latest sample. It's not much, but considering what I have to work with it, a definite step in the right direction.

But this new experiment was also monumental for another reason: it's the first time Jonas has assisted me. He's suspected forever, I know, so I guess it was inevitable. And his help has been invaluable. I just hope he knows what he's gotten himself into.

Note: This terminal is located on a console in the Vault 101 Sub-Level. It is locked Hard.

> System disengaged - do not run purge!

Note: This entry is if the manual service option is used.

Note: This entry is if the manual service option is not used.