Wow, I personally come from The Netherlands...will that count as a legal citizen of America?

Anyway, I saw that both of you had deleted some pages (maybe moved them, or merged). I have some images and 3 or 4 pages that say the same as existing pages, or just don't add that much. It is not that I'm going to delete pages like some crazy person but just for the record:
How do you delete a page? :P (or an image for that matter)

Heya. I noticed you updated Fallout.jpg to "A better image" as the only place on the site that links to that image is my profile page I was kinda wondering if I could have the old image back as it was the one I liked better. That is unless it's going to be used somewhere else. I uploaded it, am the only person who is using it, and to be honest I kinda liked it the way it was. MisterPuck 16:38, 25 November 2008 (UTC) 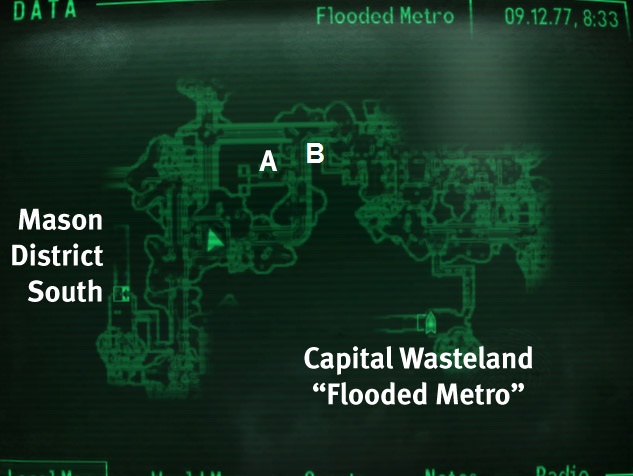 I like this one, although I think Fallout Wiki should be in a better font. There's a lot of good ones at; http://www.dafont.com/theme.php?cat=107&psize=s&text=FALLOUT+WIKI (this is the Eroded category, Destroy category is good as well). --Light Daxter - Talk 21:08, October 4, 2010 (UTC)

Well, I'm under a NDA regarding the contents of Wikia's beta forum, but let me just say that a staff member posted there that they'd consider a workaround like that a violation of their new Terms of Dictatorship, ehm, Terms of Use. The idea is sound, and I would have loved to do it to get rid of the image attribution. -- Porter21 (talk) 21:40, October 21, 2010 (UTC)

Right now, I am acting as a "head hunter" of sorts. I saw that you made the currently used logo for the Vault, and thought to myself "Hmm, maybe he could do another for the Fallout Modding Wiki...". :P

Basically, I would make the logo for Vault-Tec labs myself, but I'm a noob in Photoshop. So, what d'ya say? If you would like to help out, take a look at these images: Pic 1 and Pic 2. It would be cool to include either of these in the logo.

Why on earth are you removing the background image?

Ok, I will ask him (and that could have been fixed with a background applied to the div).

Each to there own I guess, but if all that is required is making the footer legible, I can do that.

On it, and sorry for taking up your talk page Game widow.