The Vault - Fallout Wiki
Register
Don't have an account?
Sign In
Advertisement
in: Featured articles for main page 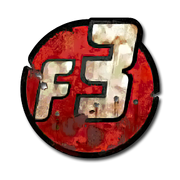 Van Buren was the project name Black Isle Studios assigned to their version of Fallout 3. The game was going to use an engine that Black Isle had made for Baldur's Gate 3, commonly referred to as the Jefferson Engine, and was fully 3D. Black Isle Studios planned to include a dual combat system in the game that allowed for the player to choose real time or turn-based combat, due to Interplay's demands, though Joshua Sawyer had stated that the emphasis would be on the turn-based version. Even though it was cancelled in 2003, several elements of the game made their way into Fallout: New Vegas, a project led by Joshua Sawyer.