Television sets, or more commonly called a television, or TV for short, are devices to watch and listen to broadcasts. Introduced in the late 1920s in mechanical form, television sets became a popular consumer product after World War II. The addition of standard color to broadcast television - something that was developed as long as the television itself - after 1953 further increased the popularity of television sets by the 1960s, becoming a common household item. So much so that even despite the resource shortages TVs can be commonly encountered in almost every home in the wasteland over two hundred years later. 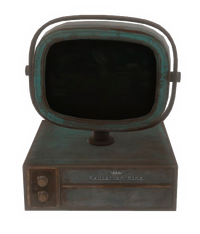 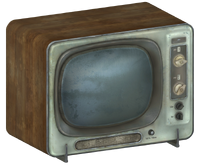 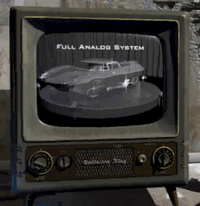 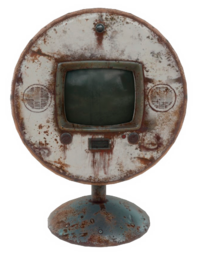