Red 888 Guns is the premiere weapons expo in the San Francisco area, run by Mai Da Chiang in 2241. His prices are extremely steep compared to other vendors. However, he stocks hard-to-find weapons, ammunition and armor in his inventory - even power armor. 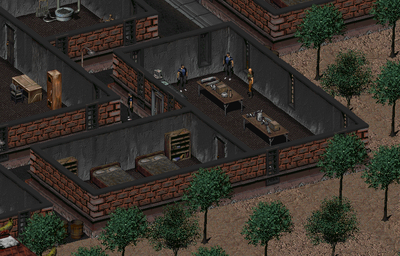 Two tables, chock full of guns and ammo, take up the southern half of the store. Mai Da Chiang and his Imperial bodyguard stand behind a small counter.