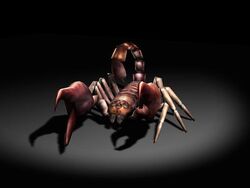 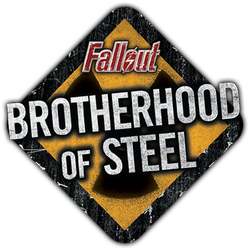 Michael Patrick Bell is an American actor and voice actor. He is most commonly credited in video games, animated movies and television series.

He recorded dialogue lines for Fallout: Brotherhood of Steel, where he voiced the original player character of Fallout, known as the Vault Dweller, as a non-player character entering into a pact of mutual assistance with the PC Initiate. The Vault Dweller in BoS is also an unlockable player character (PC) that becomes available to control as a player character in a new game, after completing the game once. Bell also acted dialogue for Cain, one of three starting playable Initiates, and NPC enemies Nightkin and Super Mutant. His numerous game voice acting credits include "Medivh" in Warcraft III: Reign of Chaos, "The Fear" in Metal Gear Solid 3: Snake Eater, "Haer'Dalis" in Baldur's Gate II and "John Black" in Age of Empires III.

Read more...
About Fallout: Brotherhood of Steel
Fallout: Brotherhood of Steel (abbreviated as FO:BoS, FOBOS or simply BOS) is an action game developed and produced by Interplay Entertainment for the Xbox and PlayStation 2 game consoles. Released on January 13, 2004, BoS was the fourth video game to be set in the Fallout universe and the first to be made for video game consoles.

Read more...
Helping out
All pages can be edited and you are welcome to join us and contribute to this wiki. Everyone is free to create a new page or edit an existing one. If you have any questions about the wiki or helping out, you can ask one of The Vault's administrators. You may want to check out the help pages and policies and guidelines.
The Vault in other languages