The following section is transcluded from Shady Sands. To modify, please edit the source page.

In the period between 2161 and 2241, the small settlement grew and expanded, forming one of the most influential political factions to emerge in the post-war United States, the New California Republic (NCR). Tandi, the daughter of Aradesh, eventually rose to the title of president of the sprawling New California Republic. Following the establishment of the NCR, the township expanded rapidly.

By 2241, Shady Sands is often referred to simply as New California Republic, even if the name never officially changed.[2][3][4][5][6][7][8] The town has transformed from a small farming settlement into the largest civilized population center in New California, with over 3000 inhabitants by 2241.[9] It was made prosperous via trade with smaller outlying townships and its vast agricultural power. Almost nothing of the original village Shady Sands remains, only a few familiar looking buildings. The heart of the city is the Congress district, where the Hall of Congress and the Presidential Mansion are located.

It is a clean town filled with honest, hardworking folk – at least that's how President-for-life Tandi would like to have it. The reality falls somewhat short of that goal. The NCR does keep order within its walls with a large and competent police force. Outside the walls, the NCR has so far been operating through others, buying and trading for things that they cannot yet take by open force.[10][11]

By far Shady Sands' greatest resource at that point are its vast herds of brahmin, which provide most of the NCR with as much meat and leather as is required. The brahmin barons and ranchers in NCR territories, along with the Stockmen's Association, hold a great deal of sway with the trade caravans and government. 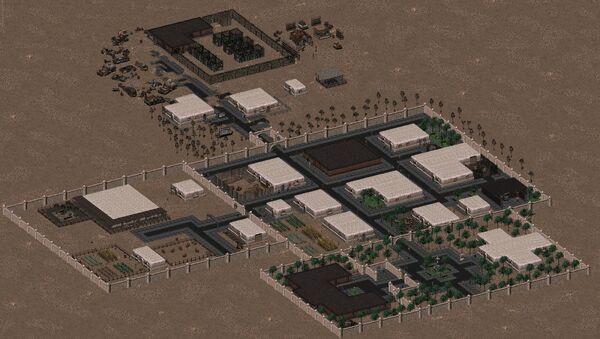 The following section is transcluded from Shady Sands. To modify, please edit the source page.

Shady Sands appears in Fallout and in Fallout 2 and is mentioned in Fallout 3,[12] Fallout: New Vegas,[13] Fallout 4[14] and the Fallout Bible.