The following system is used to determine generic random encounters on the world map. First, the game identifies which tile the player is located in, according to the following map: 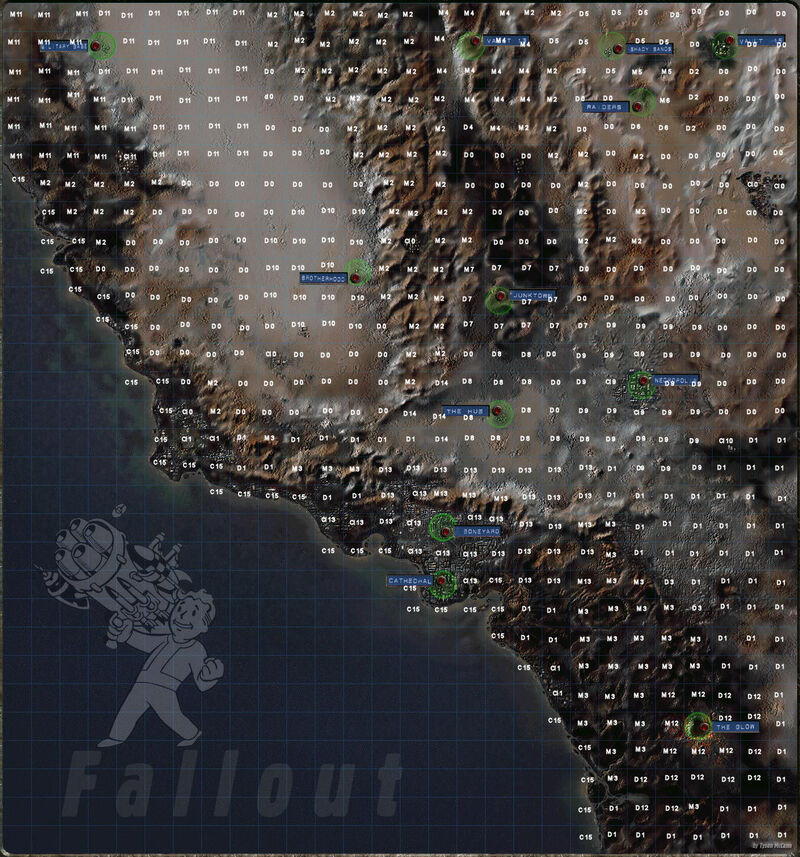 Once the location is determined, the game takes into account the terrain type the player is located in according to the top table. There are no separate City or Coast encounter tables; they use the table corresponding to the number in the above table.

For reference, the letter and digit codes used to select encounter tables have been included in the above map (created by Darek):

Some perks may modify the odds, reducing the occurrence of bad encounters and increasing the incidence of good ones.